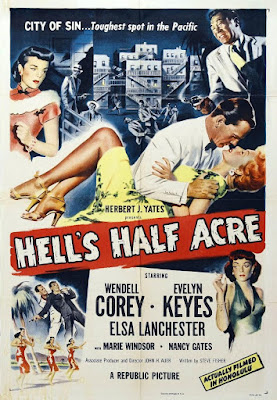 Film noir boundaries extend beyond the continental US to Hawaii in HELL'S HALF ACRE, a noir entry seldom referenced but more than worthy of review. The film's atypical setting does nothing to defy the conventions of the genre, but rather confirms the adaptability of the sturdy noir narrative. Honolulu might be a tourist trap by day, but nocturnal activity plays out in night clubs, dance halls, flop houses and dark alleys. It’s a complicated urban network best approached with extreme caution.

In terms of the main protagonist's inescapable connection with poor choices made in the past, HELL'S HALF ACRE is among the best examples of noir existentialism. The story commences on a happy note, with Chet Chester (Wendell Corey) enjoying a night at his club with ladyfriend Sally Lee (Nancy Gates). The tone quickly changes, though, when Chester's shady background resurfaces in the form of his erstwhile syndicate associate Novak (Robert Costa), who plans to blackmail Chester. Lee puts an abrupt halt to the scheme with a well-placed bullet to Novak's forehead. Chester pragmatically thinks it best he takes the rap, so he sends Lee on an errand to hire an appropriate attorney for his defense. But the third and most violent member of the disbanded syndicate Roger Kong (Philip Ahn) suspects Lee is making off with syndicate money, so he roughs her up a little too much. Over in the states, Donna Williams (Evelyn Keyes) has a hunch her husband Randy, presumed killed in Pearl Harbor, is really alive in the form of Chester. She travels to Honolulu to learn the truth, with Lida O'Reilly (Elsa Lanchester) available as her tour guide. Williams proves to be both right and wrong about her husband.

Wendell Corey (I WALK ALONE [1947], SORRY, WRONG NUMBER [1948]) leaves a strong impression as Chester, a somber man bound to his criminal past, which, like his facial scar, stubbornly remains in the present. Chester seems to have concluded long ago there would be no going back to being Randy. He is a deserter turned racketeer, not a hero, like his 11-year-old son has been brought up to believe. Chester recognizes the futility in even considering going backwards when he explains to the boy's mother, "His father's dead. He died the day Chet Chester started to live..." This theme of the walking dead reaches its apex when Chester calmly notifies authorities of his impending murder.

With location footage from Waikiki Beach to the A'ala district, the always interesting backdrop alternates between picturesque and austere. The peripheral characters who inhabit the more dismal locales are a seedy lot indeed. In a disquieting moment of grotesque sexuality, sweaty and unkempt Tubby Otis (Jesse White) surely would have raped Williams (inexplicably nude under a bed sheet!) were it not for the timely intervention of Chester. Then there is the presence of practiced noir dame Marie Windsor, who always adds an element of raw sex with her statuesque physicality and tempting bedroom eyes. Law enforcement operates on a level commensurate with the local hoodlums; police chief Dan (Keye Luke) is just fine with using people as bait, like underworld information guy Ippy (Leonard Strong) and even Williams. An arch criminal's death by police gunfire in front of a sign that reads "Clean Up Hell's Half Acre" no doubt will frustrate liberal viewers. 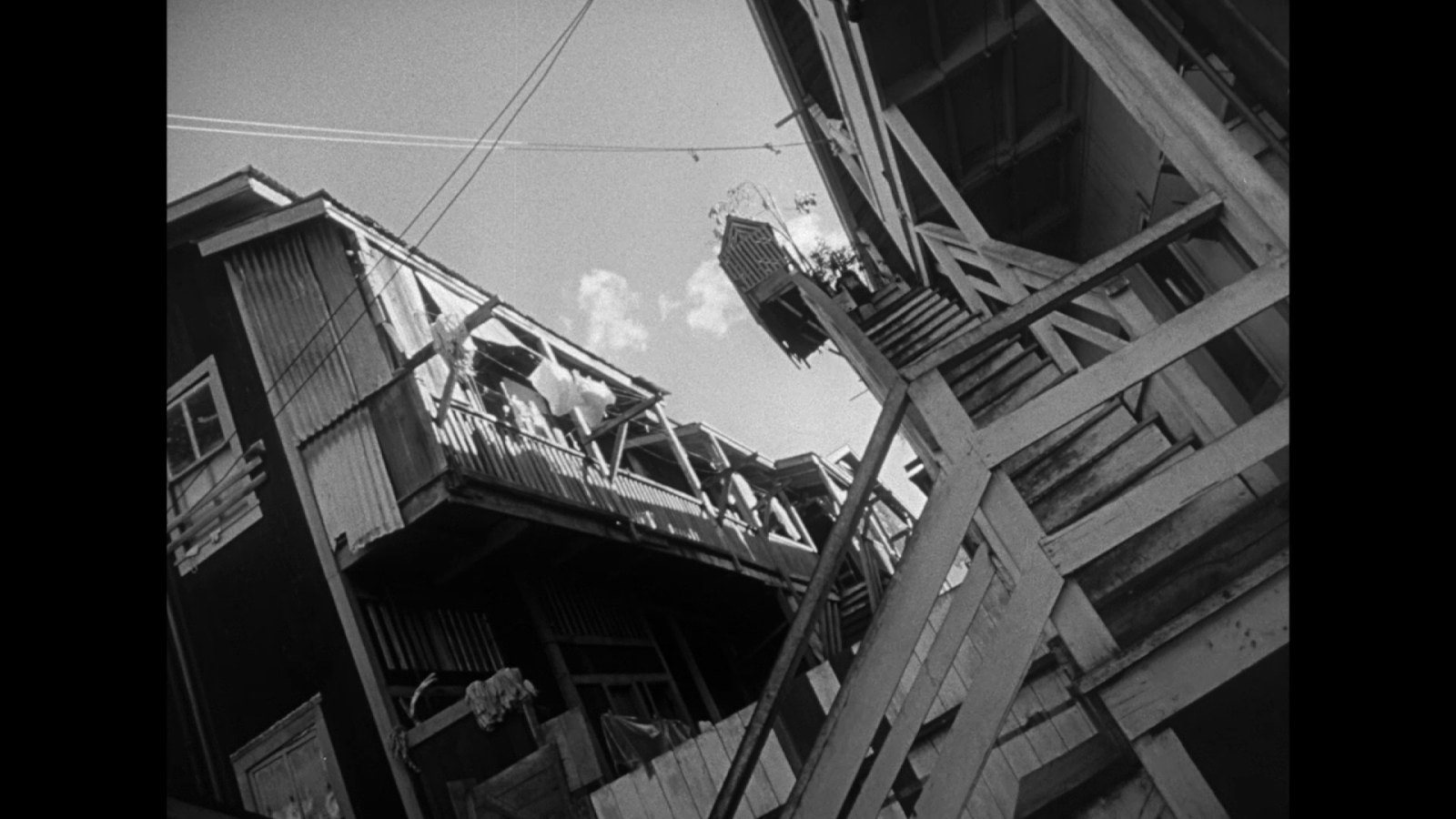 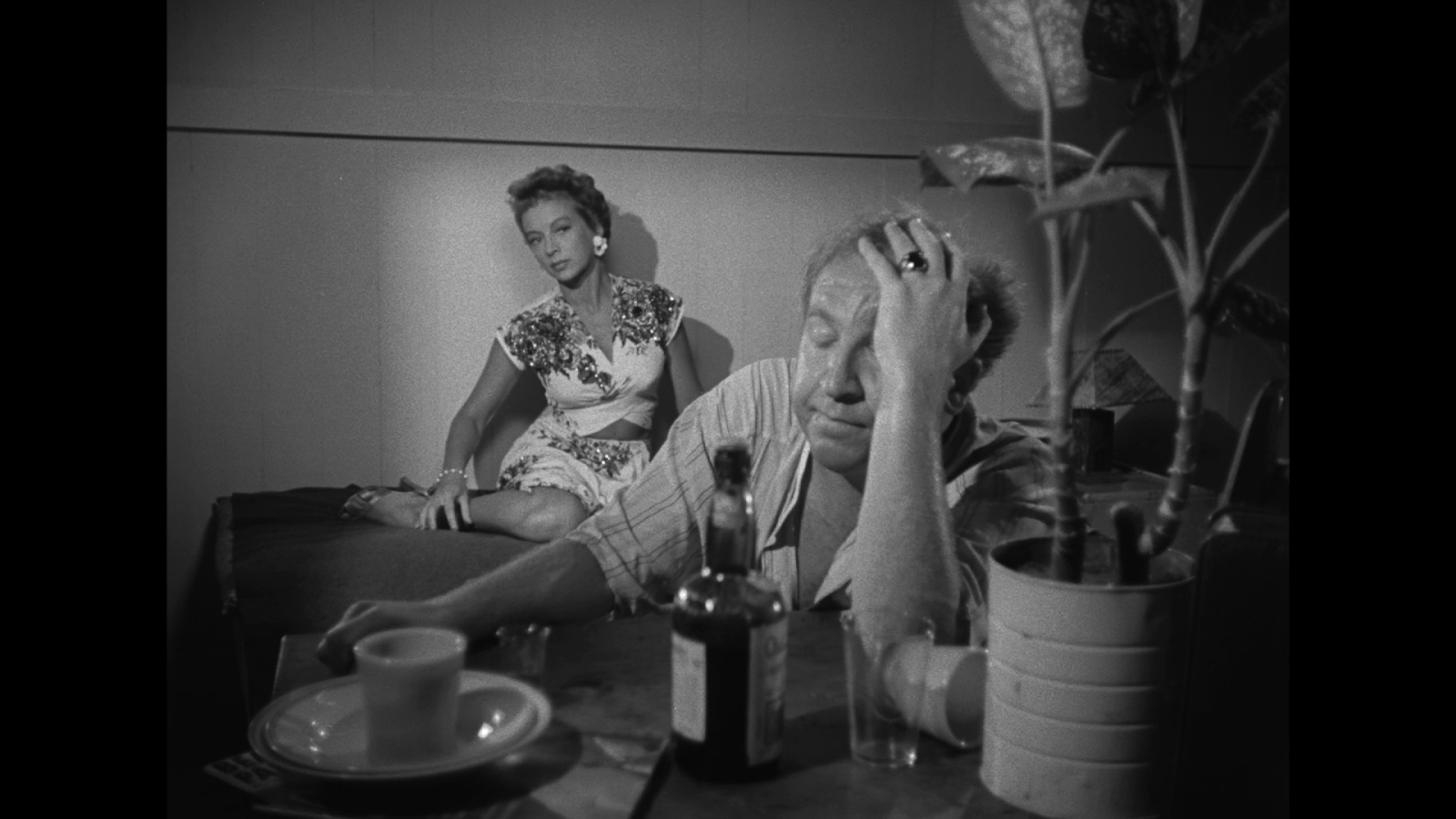 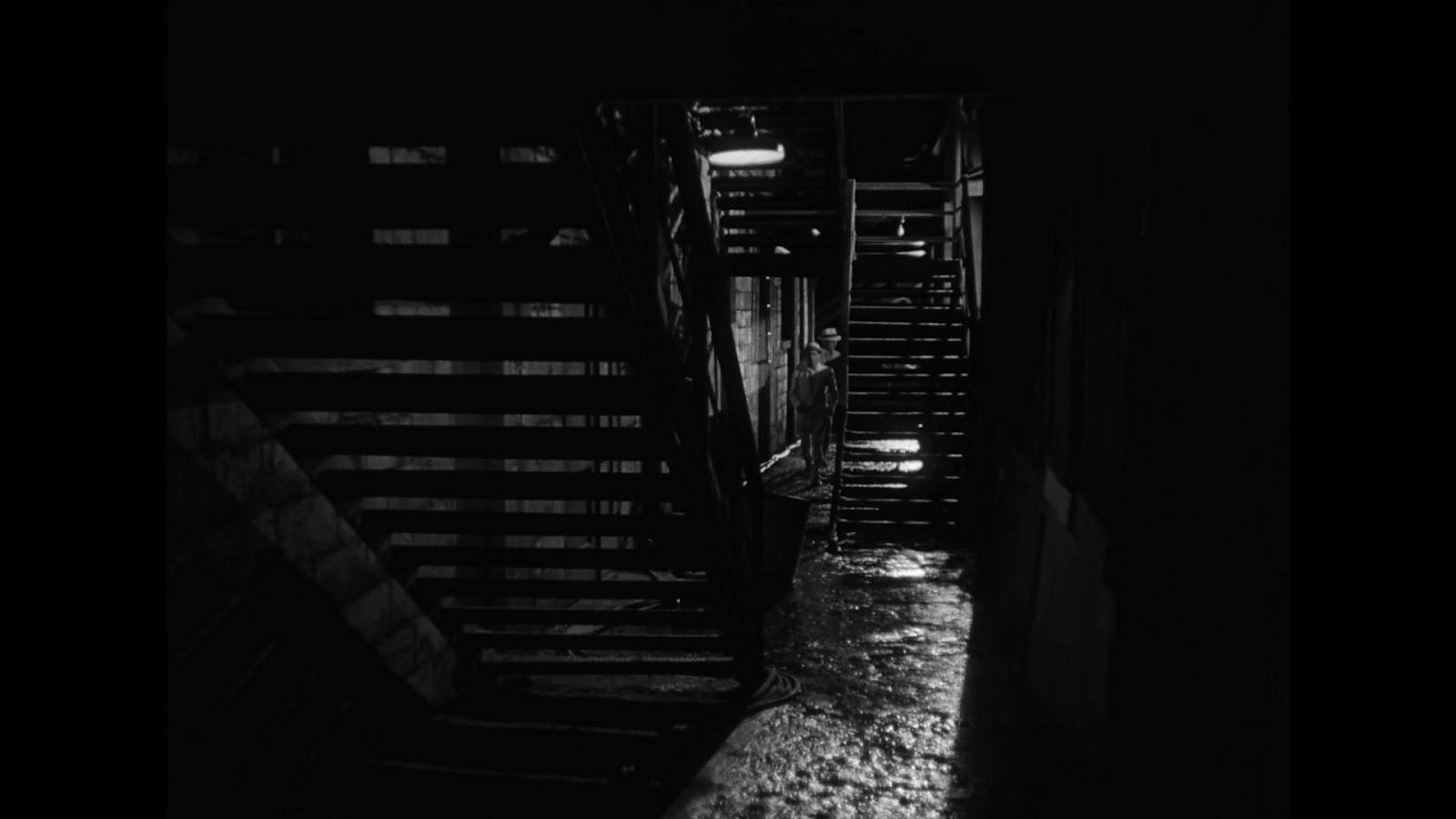 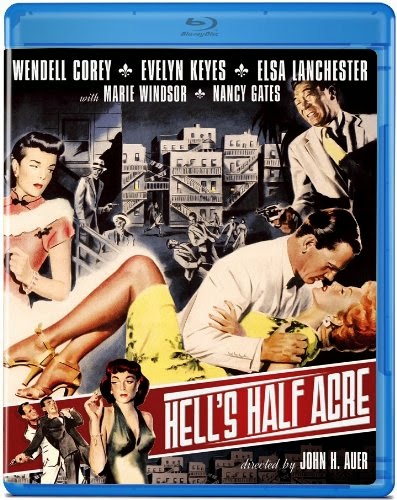 Framed at the original theatrical aspect ratio of 1.37:1, the Blu-ray version available from Olive Films is true to their usual standards (great transfer, no extras).
Posted by Eric Somer at 11:00 AM No comments: