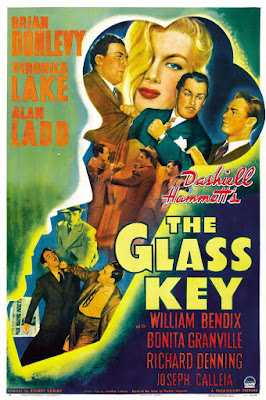 A memorably physical human connection accents the opening sequence of THE GLASS KEY:  after political boss and "biggest crook in the state" Paul Madvig (Brian Donlevy, top-billed) makes an unflattering comment about her brother, feisty Janet Henry (Veronica Lake) delivers a heavy slap to Madvig's stunned countenance. Lovestruck, he concludes he has met his future wife, and pledges support for the Reform Party campaign of Janet's father Ralph Henry (Moroni Olsen), who is running for governor. Some conflict is introduced in the form of Janet's deadbeat brother Taylor (Richard Denning), a hopeless drinker and chronic gambler indebted to area gangster Nick Varna (Joseph Calleia). Taylor is in a relationship with Madvig's 18-year-old sister Opal (Bonita Granville), and naturally Madvig does not approve. So when Taylor is found face-down in the street, Madvig becomes the logical suspect. That leaves it to Madvig's most trusted associate Ed Beaumont (Alan Ladd) to determine what happened to Taylor.

Based on the hard-boiled Dashiell Hammett novel, this screen adaptation by Jonathan Latimer (NOCTURNE [1946], THE BIG CLOCK [1948]) radiates a lot of human indifference to brutality and death. Ladd creates an exceptional noir protagonist, just as he had in the same year's THIS GUN FOR HIRE. Director Stuart Heisler (STORM WARNING [1951], I DIED A THOUSAND TIMES [1955]) strives to make the viewer feel the pain when Beaumont is held captive and savagely roughed up; the raw sequence culminates with a further test of Beaumont's endurance when he survives a fall from dangerous heights after a daring escape through a last-chance window.

The theme of humans connecting physically boils over when archetypal noir sadist Jeff (William Bendix) prepares to administer another thorough beating of Beaumont, but not without the two indulging in a friendly round of drinks first. When it comes to homoerotic noir tension, this is about as overt as it gets, with word choices such as "baby" and "sweetheart" in active use. Like so many American films (not just noirs), the crucial relationships are between men in THE GLASS KEY. At one point Madvig refers to Beaumont as his "partner" and makes a strong suggestion that the relationship is closer than people would guess. Beaumont is the most composed character of the film, even when he is getting the beating of his life from the psychosexual Jeff. Beaumont's notion of a moral compass is THE GLASS KEY's most defining component. It is probably safe to say his is not much like the moral code of the average person—as when he uses a betrayed man's suicide to his advantage—but Beaumont's intense loyalty to Madvig is what bonds the viewer to Beaumont as the character most worthy of our trust.

The deeply embedded sense of eminent corruption that characterizes this important early film noir recalls traditions established in the gangster films of the prior decade. Seeking the (glass) key to an extended stay at the governor's mansion, Ralph Henry teams with Madvig, a slightly-cultured, old-school thug from "the old 8th ward" who still talks unmistakably like a tough guy. In a similar dynamic, a murder becomes a handy political weapon manipulated by the gangster Varna. District Attorney Farr (Donald MacBride) is a spineless lush, easily pushed around by Beaumont. The interconnectedness of politics, law, the press, and the criminal underworld is best exemplified by Varna's grip on the mortgage of The Observer, the newspaper run by Clyde Matthews (Arthur Loft).

Within this corrupt system roam alluring but conniving women who just cannot be trusted. This theme would become the noir normal very early in the cycle that proliferated from 1940-1959. Beaumont struggles mightily with his feelings for Janet, who he suspects is trying her best to send his (boy?)friend Madvig to the chair. Tellingly, Beaumont is willing to turn in Janet for a crime even though he knows she is innocent. Then there is Eloise (Margaret Hayes), the shameless couch kitten of puppet newspaperman Matthews. As soon as she learns her husband is broke, the bitch immediately gravitates to Beaumont, right in front of her suddenly discarded husband!

Dashiell Hammett's original fiction first appeared in the pulp magazine BLACK MASK in 1930 as a four-part serial ("The Glass Key," "The Cyclone Shot," "Dagger Point," and "The Shattered Key") before being published as a novel in 1931. Paramount released the first film version in 1935, with George Raft featured as Ed Beaumont and Frank Tuttle (THIS GUN FOR HIRE [1942]) directing. 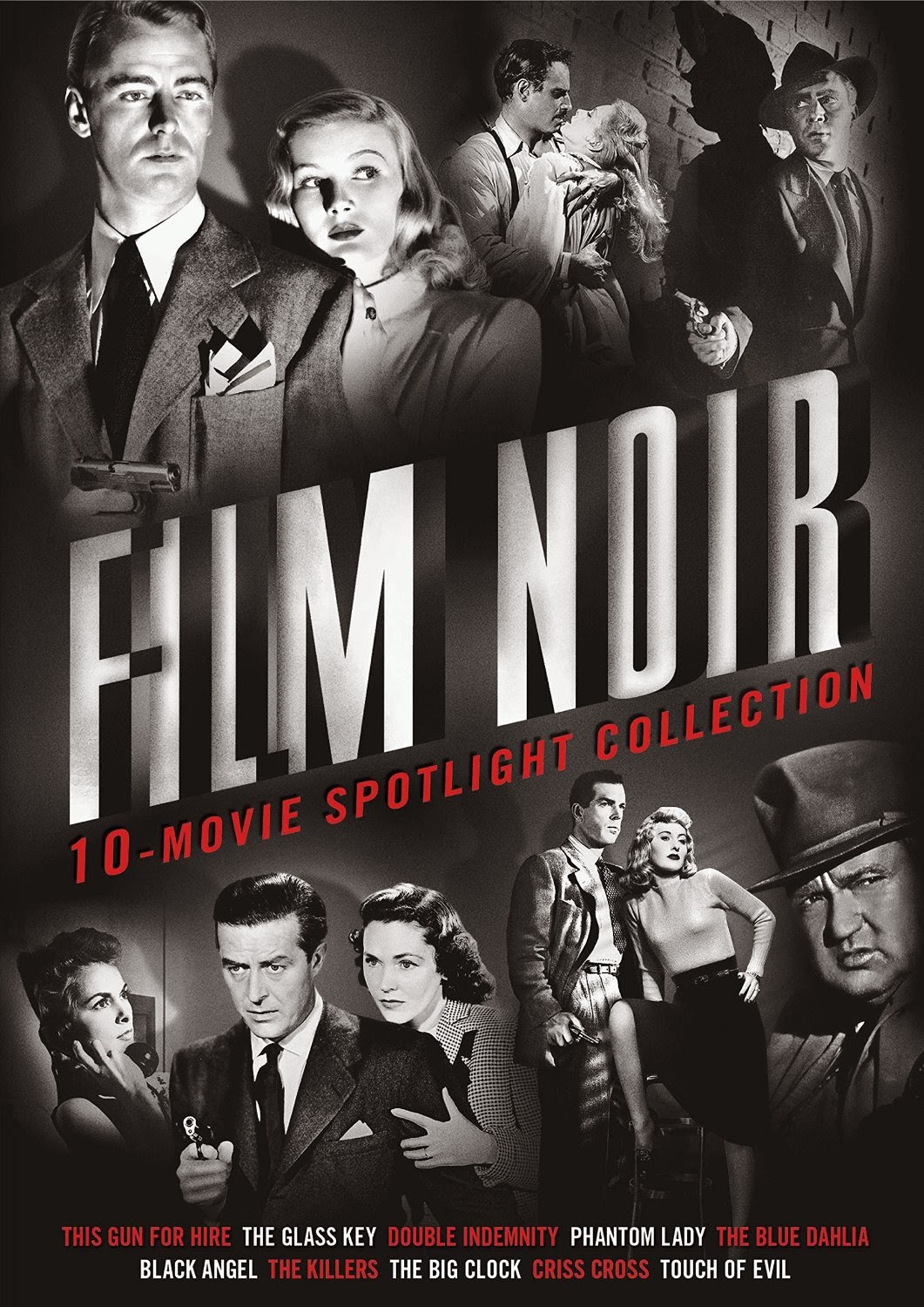