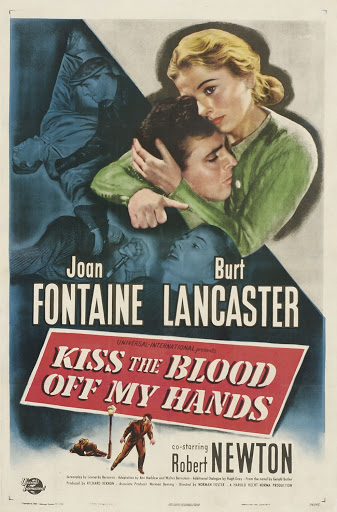 Is there any other movie genre that can boast such consistently terrific title treatments? In the early moments of KISS THE BLOOD OFF MY HANDS, cultural misfit Bill Saunders (Burt Lancaster) digs his own grave during an aimless night when he slugs a London pub proprietor and kills him dead. In truth it is somewhat more complicated than that:  the fallen man most likely did not die from the punch, but when his skull hit a fixture on the way to the bar room floor. Bill was upset to be sure, but he did not want to kill the man. No matter, as the stranger in town he is compelled to make a getaway attempt. Thus the chase sequence that typically provides a noir film's climactic crescendo occurs at the outset in this instance. For the film's remaining duration, the Sword of Damocles hangs over Bill's beleaguered head.

For the wanted man, advantages are offered by the large city, where a sense of anonymity is locked into the program. After the local police force displays spirited pursuit, Bill uses an unlocked window to access the apartment of Jane Wharton (the always affable Joan Fontaine, top-billed). This completely random act, the moment of fate that propels so many crime stories into noir territory, always has major consequences for both parties. Bill desperately needs a place of respite, though he has done nothing to deserve one so far. Jane is a strait-laced nurse whose significant other (presumably) was killed during WWII. A lovely young woman, she likely could set her sights higher than a fugitive with a 6th-grade education. But when granted a clear opportunity to hand Bill to the Bobbies, she keeps his forced presence in her apartment to herself. With that, an unlikely but engaging romance story is set in motion. 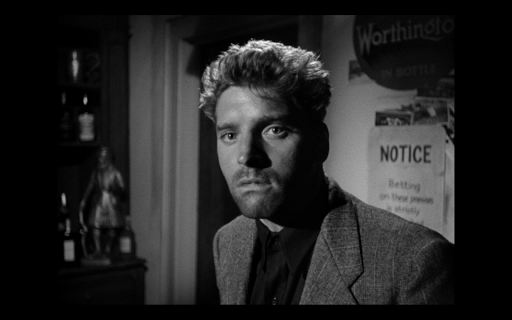 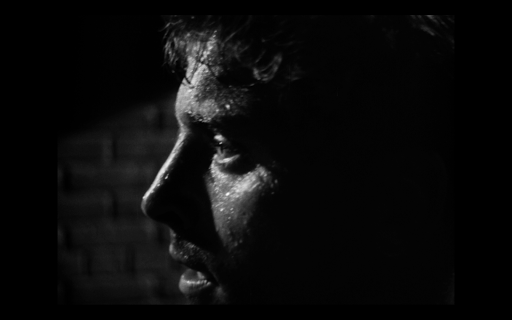 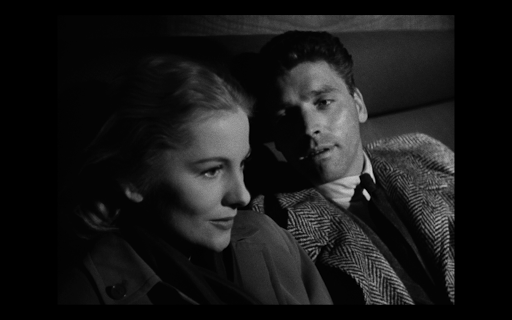 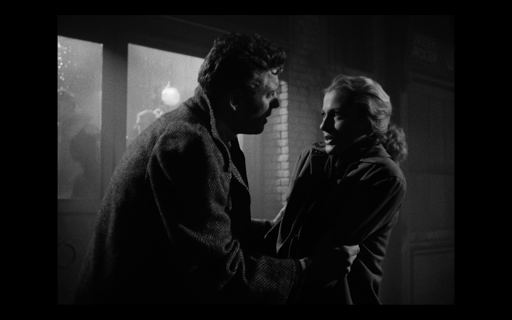 KISS THE BLOOD OFF MY HANDS embodies the awakening social consciousness of the classic noir movement, a time when veterans faced the psychological fallout from the war. Burt Lancaster's characterization of the disenchanted soldier Bill recalls similar figures from noir films that preceded this one, i.e. THE BLUE DAHLIA (1946), RIDE THE PINK HORSE (1947) and DEAD RECKONING (1947). Bill spent two years in a Nazi prison camp, a dramatic life event that deeply scarred him (he reveals his anxieties when surrounded by caged animals at a zoo). The sometimes bad-mannered American's moral code materializes at times, but too often his temper gets the better of him. Already on the run based on the accidental death at a pub, the former POW Bill mugs some poor guy in a dark alley, needlessly loses his cool with fellow card player Tom Widgery (Lewis L. Russell) and punches a cop on the street. The local judicial system takes exception with such behavior and sentences him to six months of hard labor and a sound thrashing with the cat-o'-nine-tails, a disturbing event to endure.

The morally intricate position taken on corporal punishment challenges the viewer to consider multiple sides of an argument. By the time he is back on the streets, Bill is not the same man, by inference due to the efficacy of the punishment he received from a judge appalled by violent crime. Yet the film does not exactly side with the system shown to cure violence with more violence. Credit director Norman Foster's aptness of thought in regard to the flogging scene's coverage and blocking, which is arranged in sympathy with our lead character, despite sufficient evidence he earned his comeuppance. It is a powerfully effective sequence that speaks to the complexity of criminal justice. We are rightfully appalled by the barbaric treatment of a human being, while we simultaneously wonder if a man like Bill would have responded to anything less stringent. To be loved by a woman who detests violence, Bill must prove himself worthy of her trust. The state seems to nudge him in the appropriate direction, as does Jane, who helps Bill find employment after doing his time. At a pivotal moment, Bill shows remarkable restraint when he does not check a neglectful father the way his nature always guided him in the past. 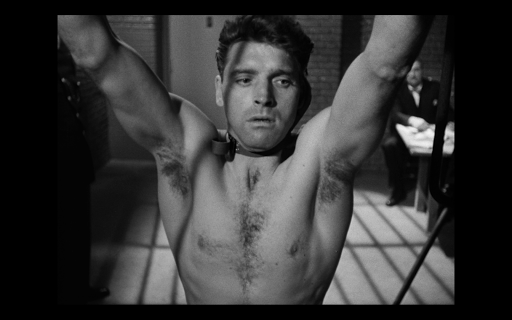 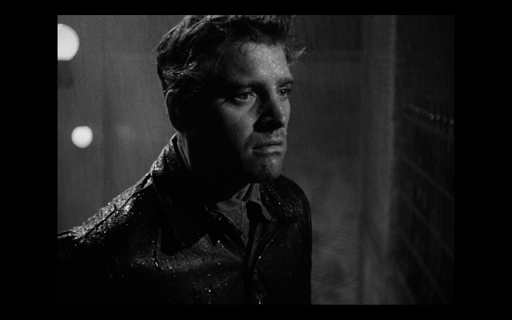 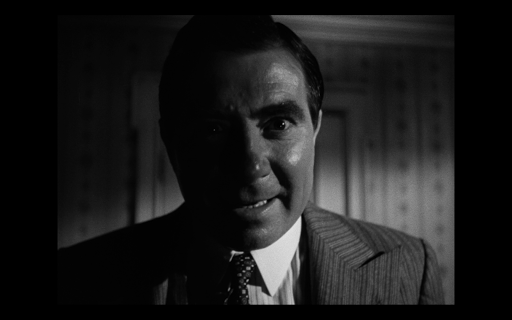 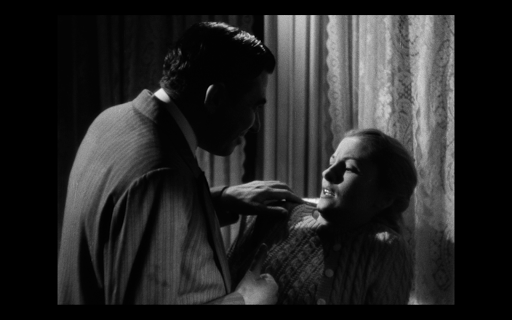 The powers that combine to rehabilitate Bill are countered by a shadowy figure. If Jane is the angel on Bill's shoulder, the gleefully ignoble piano player Harry Carter (British character actor Robert Newton is superb) amounts to a devil on Bill's other shoulder. Harry was present the night Bill became a man on the run. Harry appeals to the vulnerable side of Bill, the desperate man who would like to leave his past behind him, almost always an impossibility in classic noir narratives like this one. At some point Bill must either acknowledge his dark secret or be consumed by it; there is no running away. As Harry reminds him, Bill will need a source of income in order to hang on to Jane. "We all need a bit more than what we've got," Harry notes. That school of thought informs an abundance of noir narratives, but Harry fails to understand Bill is not driven by money quite the way the prototypical noir protagonist tends to be. A man of no great ambition other than to get by on a day-to-day basis, Bill will not permit himself to be dragged down to Harry's level without showing resistance.

“...I laid my heart open to the benign indifference of the universe."
—Albert Camus, THE STRANGER (1942)

While Jane does her best to encourage a life of structure for Bill, eventually the perilous noir atmosphere invades her home a second time when she is confronted by Harry, who has been pestering Bill since witnessing the tragic incident at the pub. Now the woman of virtue is assaulted by the same noir nightmare that has made life so trying for Bill. Cornered into a difficult decision, Jane makes a move in self defense that leads to her psychological deterioration. As Camus famously observed in his novel, the universe makes no special considerations for anyone. That philosophy goes a long way toward an explanation of one of film noir's most persistent themes. It is fair to observe that Jane had led a cleaner life than Bill, a troubled man she only tried to help. Yet when Harry shows up at Jane's flat, there is little distinction between what takes place at her home and that fateful night at the pub that has haunted Bill ever since. In the dehumanizing gears of the noir city, a morally upright individual can be caught by the identical indifference as the morally compromised person. Ultimately Bill and Jane are shown to be on equal footing. The bracing concluding moments support the notion of a viable relationship and provide a good example of what film noir historian Eddie Muller calls the "Adam and Eve ending." Whether society is poised to accept Bill and Jane is another matter; the conclusion leaves the viewer to ponder their future. 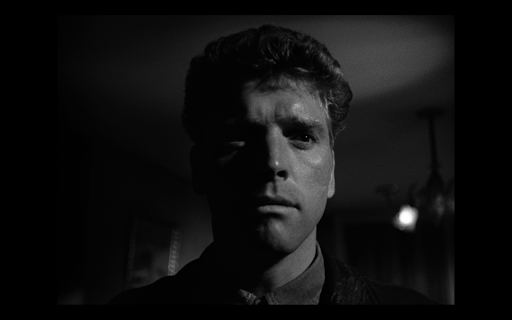 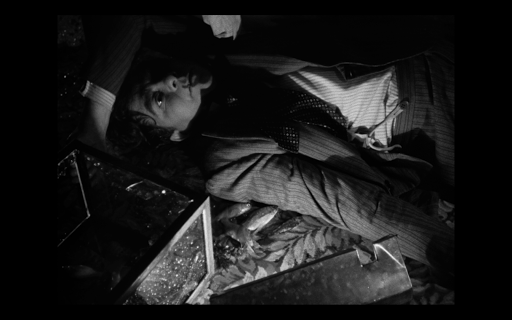 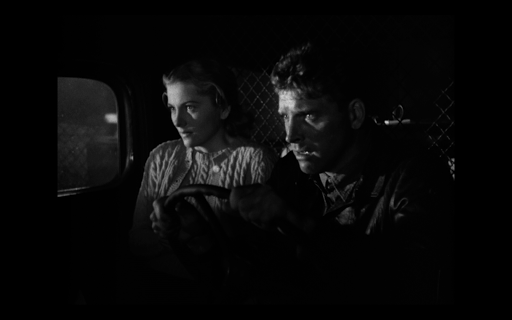 Few actors contributed to the film noir movement with the same aggression as Burt Lancaster. Out of the gate, nine of his first ten acting credits were in the noir category:  THE KILLERS (1946), BRUTE FORCE (1947), DESERT FURY (1947), I WALK ALONE (1947), ALL MY SONS (1948), SORRY, WRONG NUMBER (1948), KISS THE BLOOD OFF MY HANDS, CRISS CROSS (1949) and ROPE OF SAND (1949). Later he would star in the celebrated noir straggler SWEET SMELL OF SUCCESS (1957). The brooding black-and-white cinematography by Russell Metty lends impressive atmosphere to this film noir, filmed primarily on Universal sound stages with some location work added to the mix. His emphasis on foggy waterfront streets evokes a fatalistic environment where two people as seemingly different as Bill Saunders and Jane Wharton could meet. Metty shot two other noirs released that same year:  A WOMAN'S VENGEANCE and ALL MY SONS, the latter again teamed with Lancaster. KISS THE BLOOD OFF MY HANDS was based on the 1940 novel by Gerald Butler. The screenplay was written by Leonardo Bercovici, with added dialogue by Hugh Gray. Ben Maddow and Walter Bernstein shared credit for the adaptation. 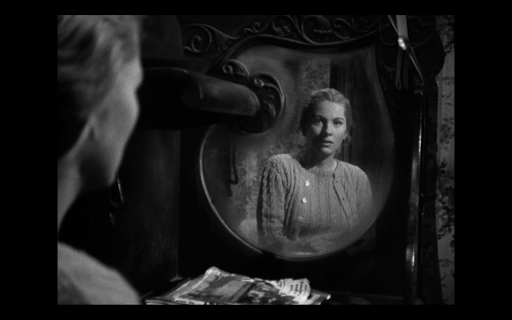 The new dual-layered BD50 Blu-ray release from Kino Lorber does the film elements proud. This 2K restoration transfer constitutes another crucial noir work of art preserved in amber, framed at the original theatrical aspect ratio of 1.37:1. The major extra is a newly recorded audio commentary track by film historian and author Jeremy Arnold, who should be considered among the most credible of that small group of people who serve as commentators. Arnold is equally adept as film language interpreter and historical production analyst. He calls our notice to directorial decisions made by filmmaker Norman Foster that comment on the relationship between Bill and Jane, as when Jane moves to stand a step higher than Bill to assert her power over him after his hard labor stretch. Arnold credits cinematographer Russell Metty for his ability to accent the story with his visual approach. From a historical standpoint, Arnold traces the film back to Norma Productions, the company formed by Burt Lancaster, his agent Harold Hecht and James Hill. At that point in time, most stars that formed production companies were motivated by tax breaks, but Lancaster was more concerned with maintaining control of his image and the types of films in which he appeared. Arnold comments that Lancaster was noted for his portrayal of "emotionally tortured characters" and his first independent production did not stray far from what the movie-going public had accepted. Arnold researched the film's production schedule extensively and offers background information on the flogging scene, which already was outdated by the time the film was released. Such punishment was abolished by Criminal Justice Act 1948, an Act of the Parliament of the United Kingdom, signed by King George VI on the 30th of July. The performance given by Joan Fontaine is quite incredible when one considers how little she thought of her co-star Lancaster. She found him insulting when she first met him and disliked him the rest of her life.

The only other extras are trailers. A theatrical trailer for the feature film is on hand, along with trailers for other Lancaster vehicles available from Kino Lorber:  DESERT FURY (1947), RUN SILENT, RUN DEEP (1958), THE DEVIL'S DISCIPLE (1959), THE TRAIN (1964) and VALDEZ IS COMING (1971). On February 21st, 1949, Lancaster and Fontaine reprised their film roles for a 60-minute radio adaptation broadcast by Lux Radio Theatre. 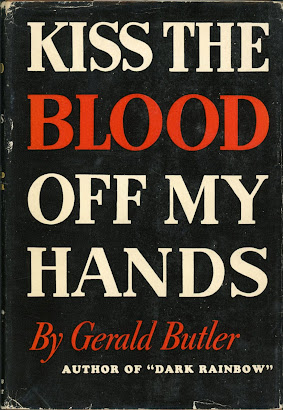 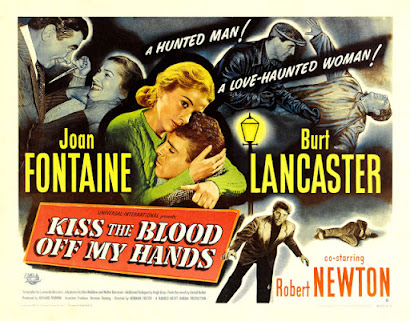 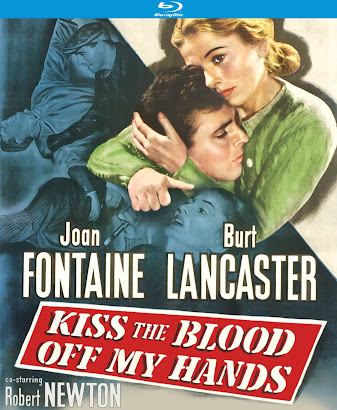